You are here : Home / محتوى أجنبي / Astronomically announcing the date of Eid al-Adha 2020 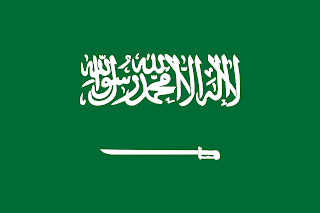 The Arab Federation for Space and Astronomy has set the date for Eid al-Adha for the year 2020 in Arab countries.

It is expected that the crescent moon of the month of Dhu al-Hijjah 1441 will be born on Monday, 20 July, at 21:33, i.e. after sunset, and it will be seen on Tuesday evening, to be Wednesday, July 22, by Dhu al-Hijjah, and Friday, July 31, will be the first day of Eid Al-Adha, as stated Ibrahim Al-Jarwan, a member of the Arab Federation for Space and Astronomy, according to the newspaper "Emirates Today".


WHO reveals the fate of the "Hajj season"

The pause for the day of Arafa will be on Thursday, July 30, and the actual time depends on the moon’s sighting of the month of Dhu al-Hijjah 1441 AH, which is the twelfth and last month of the Hijri calendar.
It is noteworthy that a senior official in the Saudi Ministry of Hajj and Umrah told the British Financial Times that the authorities were considering canceling the Hajj season for the first time since the establishment of the kingdom in 1932, after the number of cases of the "Corona emerging" virus exceeded 100,000.

The number of pilgrims annually is about 2.5 million, and official data show that the Kingdom's revenues from Hajj and Umrah reach about 12 billion dollars annually.

Last March, Saudi Arabia requested the suspension of Hajj plans and the suspension of Umrah until further notice, and the sources told Reuters that some officials were still pushing for the abolition of the Hajj, which is expected to start in late July.
Tweet